At the age of three, Owen Suskind, a once chatty toddler, loses his speech and vanishes into autism. Based on the best-selling book by Owen’s dad Ron Suskind and directed by Academy Award® winning director Roger Ross Williams, Life, Animated documents the incredible journey of Owen and his family as they learn to use Owen’s passion and primary connection to the world, Disney animated films, to communicate with him once more and help him navigate the ups and downs of childhood. Now, an energetic and charming young man, Owen finds in his coming of age that Disney movie scripts haven’t prepared him for everything that life throws his way. This is a beautiful, heartwarming story that critics are calling “Deeply moving, captivating and a warm testament to a family’s love and resilience.” Life, Animated is a 2017 Academy Award® nominee for Best Documentary Feature. 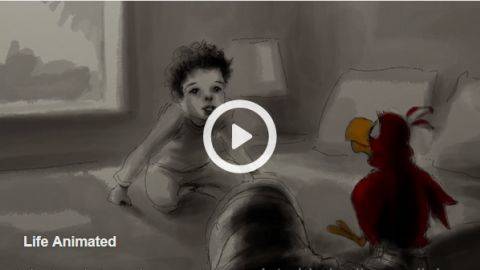 Life, Animated tells the remarkable story of how Owen found in Disney animation a pathway to language and a framework for making sense of the world. By evocatively interweaving classic Disney sequences with verite scenes from Owen’s life, the film explores how identification and empathy with characters like Simba, Jafar, and Ariel forge a conduit for him to understand his feelings and interpret reality.

How Michelle Garcia Winner Got Involved 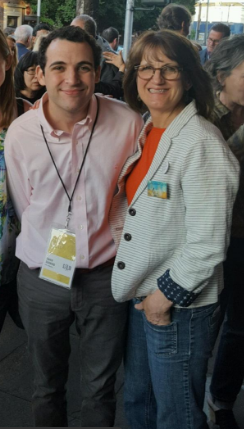 As Owen prepared to take the leap of moving away from home, the Suskinds asked Michelle Garcia Winner, the founder of Social Thinking, to help strengthen his social thinking abilities to ease his transition into adulthood. Michelle had no idea that she would appear in the documentary, and is thrilled to be part of such an important and educational film. She is even more thrilled to have worked with Owen and his parents, Ron and Cornelia Suskind, who are incredible people and inspirational role models for how to raise a child with autism.


Michelle Garcia Winner (M.A. CCC-SLP), a speech-language pathologist and social thinking and social skills therapist, led an intensive two-week training with Owen and his family at her clinic in San Jose, California where they worked on Owen’s social thinking abilities in order to better prepare him for living as an independent adult. In the film, Michelle guides Owen through concepts and activities to practice perspective taking and communication. She is shown working with Owen on an activity called “Add-a-Thought”, where they take turns making comments that relate to one another. They also build a “Conversation Tree”, where Popsicle sticks are used as a visual support to represent turns in a conversation (involving questions and comments) that “grow the tree trunk” as the conversation takes place. Watch a video of Michelle explaining how to teach Add-a-Thought and the Conversation Tree here. Both activities are also found in the book Thinking About YOU Thinking About ME, a comprehensive guide to teaching Social Thinking, as well as in the course Master Class 1: Exploring Key Social Communication Concepts through Hands-on Activities that will be given in a number of cities around the US. Michelle and Owen also explored the “hidden messages” behind the texts that Owen was sending to others. For instance, Owen’s girlfriend was on the east coast while they were visiting in California. They talked about different messages Owen could text his girlfriend about his new California experiences. While it’s very sweet to say “I love you,” saying that (and only that) in text after text leaves the reader wanting more.

Michelle’s Reflection on the Movie

In regards to her role in the film, Michelle was delighted with the footage they chose. While she didn’t have a long history of working with Owen, the film director found her work with Owen to be instructive for helping the audience better understand Owen’s social learning challenges in the midst of his many strengths. Michelle attended the premiere of Life, Animated at the Sundance Film Festival and thoroughly enjoyed the experience. People seemed to be impressed by Owen’s family and his talents, humor, and positive spirit in the midst of his developmental challenges. However, she also noticed that audience members seemed to struggle to understand how someone so talented could also have compelling social learning problems. They were unsure if Owen still has social learning challenges, even though in the movie he struggles with life skills and other aspects of social communication. This same type of confusion is what Michelle notices in educational programs. Many people have fixed mindsets about what they think it means to be “smart and talented”; and are unable to understand that people can have really strong abilities in some areas of their functioning while having limited abilities in other areas. Although Owen’s social and language abilities have improved greatly over the course of his childhood, the reality is that he will continue to have social challenges throughout his adult life.


Overall, the movie celebrates the creativity and support of Owen’s parents and brother, as well as Owen’s learning differences and strengths. For Michelle, being a part of the film and attending Sundance was a once-in-a-lifetime experience and not a common one for a speech-language pathologist. She is thrilled the film will now be shown in theaters across the United States and encourages everyone to experience this heartwarming story!