Tell us something good!

There was a problem adding this comment. Plaease try later. 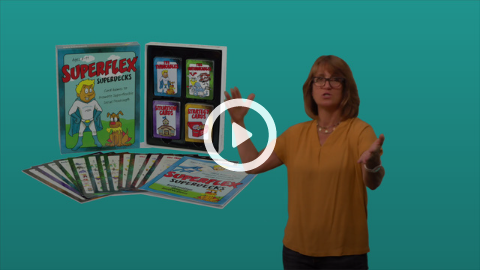 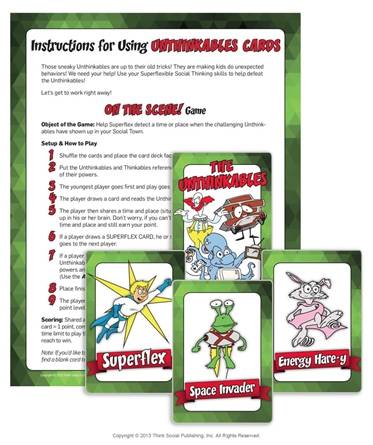 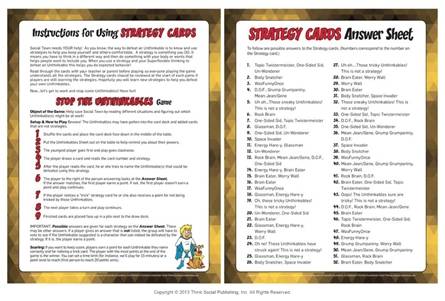 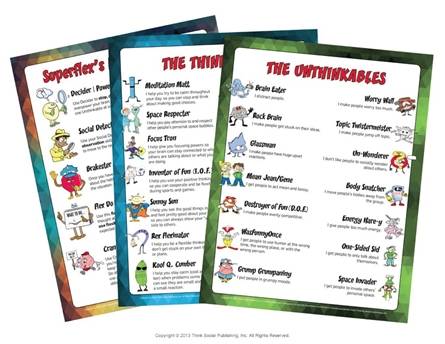 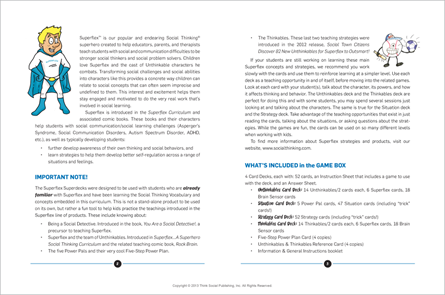 Superflex Superdecks are card games created to invoke your own superflexible thinking as you teach students to be more superflexible social thinkers. It’s all about superflexibility! The game pack is a companion teaching tool to the popular Superflex Curriculum, which helps parents and professionals teach children ages 8 – 11 about social thinking, social regulation, and social problem solving.


We’ve included a game to play with each deck (and more games are available online), but the product was really created to be super-uper flexible, with uses limited only by your imagination and your own superflexible thinking. For instance:

The Superdecks are not an introduction to Superflex, and should only be used with students who are already familiar with the concept of being a Social Detective (introduced in the book, You Are a Social Detective), and are either working through or have completed the Superflex Curriculum. The games and activities provided prompt players to think about the powers of the characters, brainstorm which Unthinkable might appear in a situation, match strategies to characters, or Thinkables and Unthinkables, and use their social thinking in other superflexible ways.

Expand and customize the Superdecks to your students’ needs! These materials provide even more superflexibility!


Learn How to Teach Superflex

Michelle Garcia Winner, Superflex co-author and the founder of Social Thinking, shares tips for teaching ages 8-11 with Social Thinking products (including Superflex products), in this free, recorded webinar. Get the inside scoop! 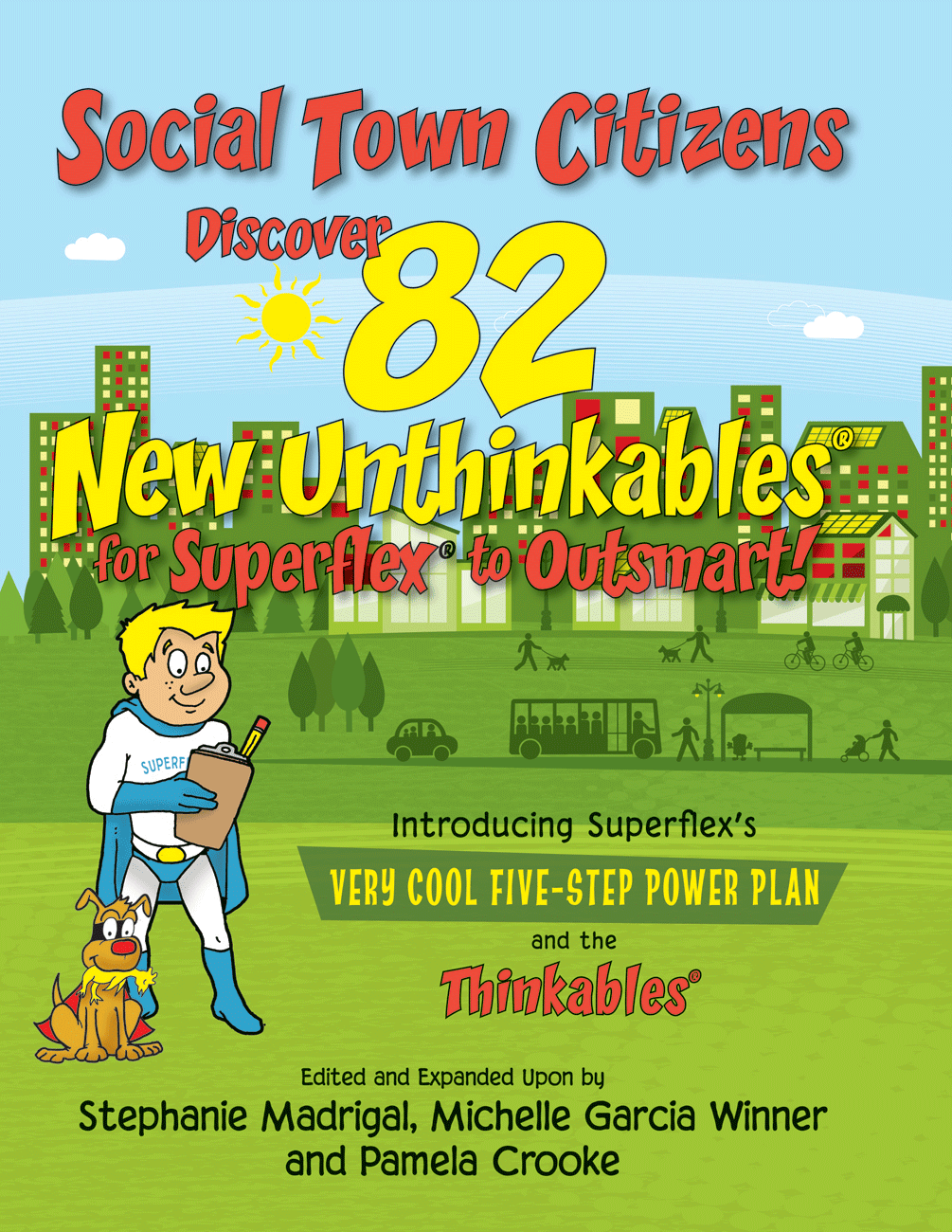 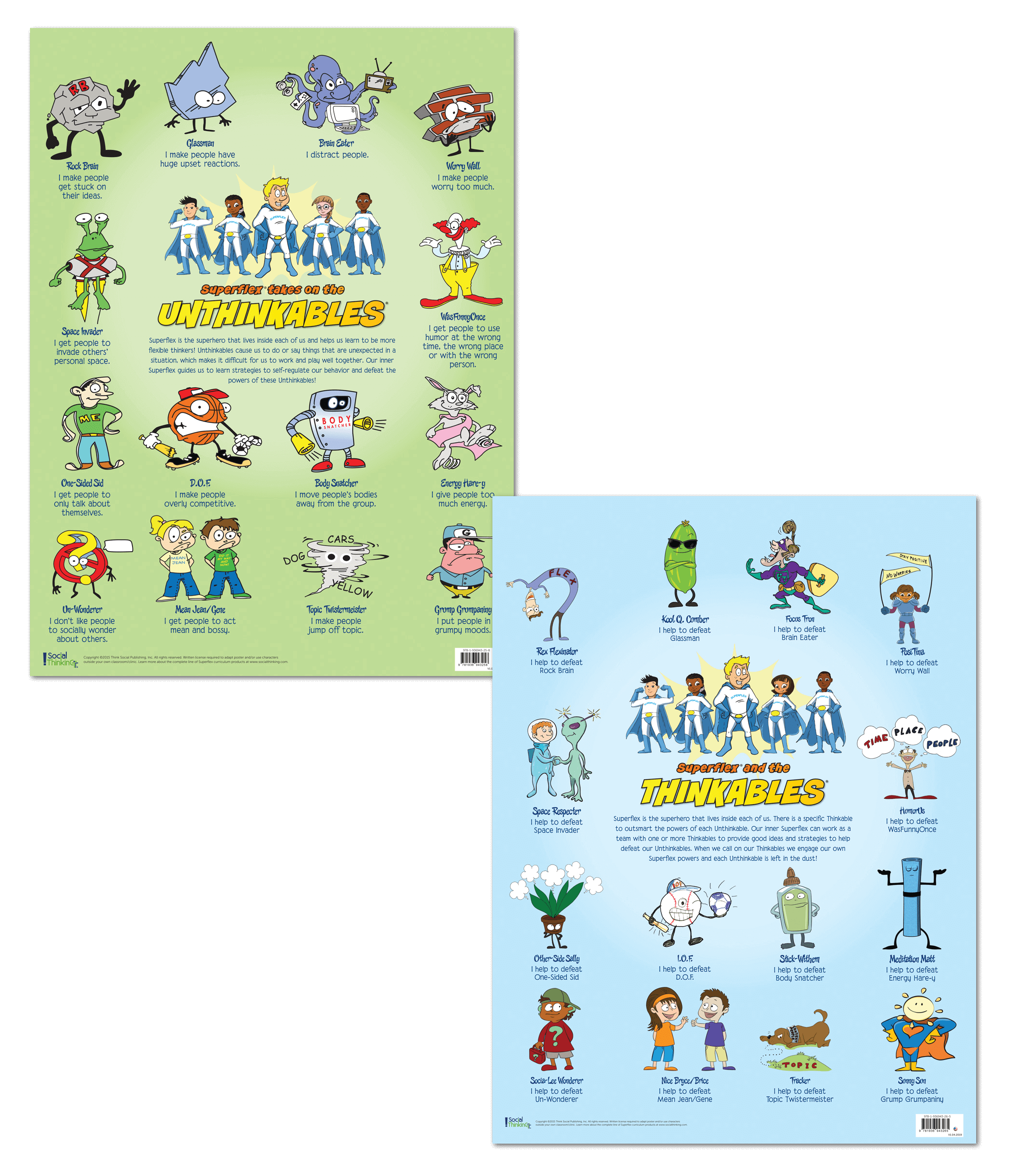 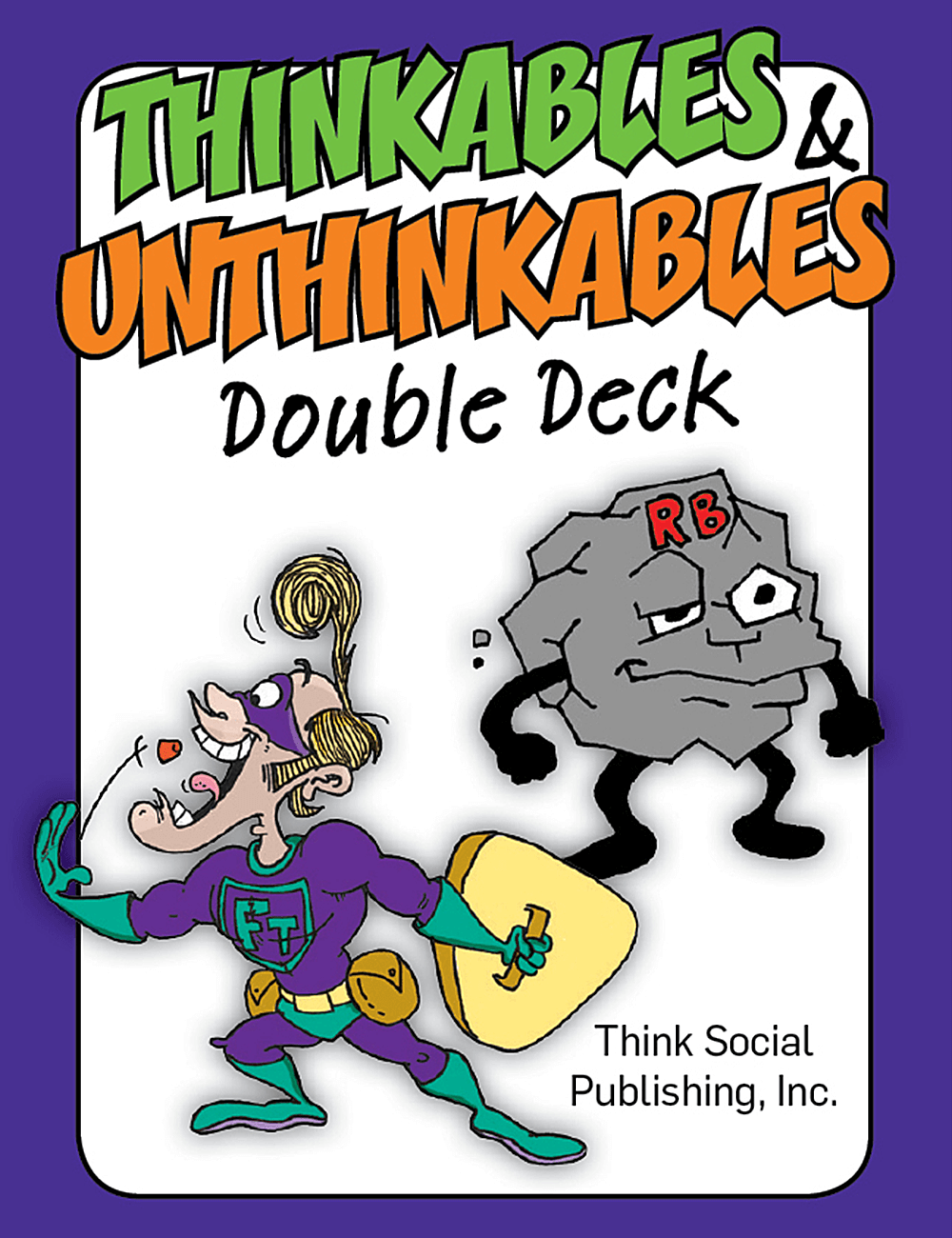