Social Thinking in the News

A Canadian Center Bridges Gaps for Adults With Intellectual Disabilities

A Canadian learning center in Barrie is bridging the gap between post-secondary school and adulthood for people with intellectual disabilities.

“Once that high school or that educational institution is not available and the services aren't available to them anymore, you can kind of get lost in the shuffle and forgotten,” said curriculum developer Genevieve Buss.

From Tuesdays to Thursdays, clients sit through a class setting, where they are given the life skills to succeed including how to build relationships and their independence.

"Parents are wanting to give them the skills and the ability to communicate with other people,” said Buss, “to be able to advocate for themselves."

The curriculum is based on the books written by Michelle Garcia Winner and is geared to help each individual client in their own way towards their future endeavors.

Other clients in the program are hoping to use the skills to obtain their dream job.

"I love to help,” said Daniel Bertrand, “I love to sweep the floors, love to stock shelves. I want to be super organized. That's why I want to work at Toys R’ Us."


Every second Wednesday of the month, Checkered Door hosts an arts and crafts event called ‘Creation Station’,  which allows for social interaction. The event is open to secondary school students with intellectual disabilities and autism.

Michelle and Pam of Social Thinking Save a Utah Dad From Almost Dying After Wasp Attack During Hawaiian Vacation with Pregnant Wife: ‘He Was Moving Towards Death’

A Utah family’s trip to paradise almost ended in tragedy last week when one of their kayaks hit a wasp’s nest dangling above a riverbank on the Hawaiian island of Kauai.


If not for the quick actions of two “angels” — strangers who came upon the scene and jumped into the water to help 38-year-old Jake Shoff, who was unknowingly allergic to wasp stings — “I really don’t think he would have made it,” says Jake’s wife, Emily Shoff, who arrived back home with her husband and three sons in South Jordan, Utah, this week.

It was pretty dire,” Emily tells PEOPLE. “There’s no way I could have saved Jake by myself. Our family feels like these two women were a miracle.”

On July 18, six days into the family’s two-week vacation, Emily, who is six months pregnant, climbed into a kayak with Zachary, 14, on the Hanalei River, while Jake settled in for a fun morning of paddling with Brady, 10, and Grant, 3.


“It’s a very slow-flowing river, although quite deep,” says Emily. “You can see freshwater turtles there and all kinds of birds. It’s very peaceful and relaxing.” 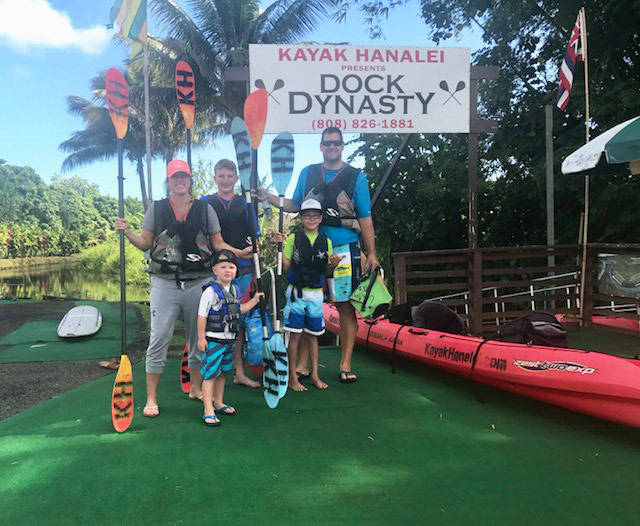 
When the river narrowed and the brush along the banks became thicker, the Shoffs decided to turn their kayaks around and head back. The front tip of Jake’s kayak nicked the edge of a volleyball-sized wasp’s nest, sending a swarm of wasps on the attack.


Although he was able to quickly capsize the kayak and dump the boys (who were wearing life vests) into the water, away from the nest, all three of them were stung several times, with Jake getting the worst of it. He was stung seven times, but still tried to get Brady back in the kayak while Emily helped Grant into hers.


Then the situation suddenly went from bad to worse.&nbsp


Jake, a former Brigham Young University basketball player who is 6 feet 9 inches tall and weighs about 300 pounds, began to feel dizzy and had difficulty breathing. That’s when Emily noticed two female kayakers coming around the bend. As soon as she called out for help, Michelle Garcia Winner and Pam Crooke, vacationers from San Jose, California, paddled over.


Neither of us could imagine not helping,” Pam, 53, tells PEOPLE. “We heard kids crying and saw Jake swimming near his overturned kayak towards his family. Neither of us even thought about it. Who wouldn’t paddle over to help?” 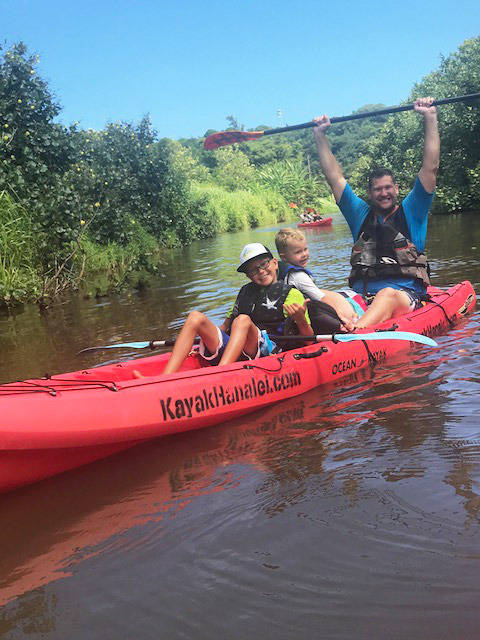 
She and Michelle, who both work as speech pathologists, soon realized that Jake was in anaphylactic shock when he passed out and began foaming at the mouth, struggling to breathe. Although the two women weren’t wearing life vests, they jumped in to hold Jake’s head above water and worked with Emily to keep his mouth free of saliva.


He looked like he was moving towards death with his eyes rolling back in his head and his erratic breathing,” Michelle, 56, recalls. “I thought there might be brain damage if he survived. We are familiar with what happens to the brain when deprived of oxygen, so it was a very scary time.”


While treading water and holding Jake’s head, she and Pam and Jake’s family frantically tried to keep him alert.


“He could have drowned in his own saliva,” Emily tells PEOPLE, “so we kept wiping away the foam from his mouth and telling him to stay awake. Michelle and Pam would kick him and shake him or slap his face to get him breathing again. We were all yelling at him, including my 3-year-old: ‘Breathe, Daddy, breathe!’ “


“To be honest, I worried the most about the three kids — I could see them all staring at Jake,” says Pam. “I finally put my mouth next to Jake’s ear and whispered, ‘You cannot die — your boys are watching.'”


Emily had called 911, but it took emergency workers 20 minutes to find the family in the tall brush and get Jake onto a paddle board, then put him in an ambulance. 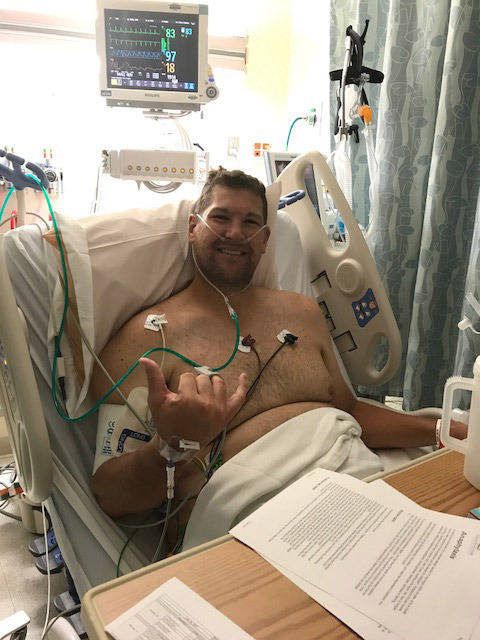 
“Until they arrived, Michelle and Pam somehow managed to hold him up in the water and keep him afloat,” says Emily. “I will never know how they found the strength.”


“When we got to solid ground, the kids and Pam and I cried a bit from the shock of it,” Michelle tells PEOPLE. “Then we had an awkwardly humorous moment where we formally introduced ourselves. We were so relieved not to have Jake die in our arms. We were grateful to have been able to combine family forces together in the water — a force that will forever endure moving forward.”


After three shots of the hormone epinephrine — one on the river bank, one in the ambulance and the last in the emergency room at Wilcox Memorial Hospital — the adrenaline drug finally kicked in and Jake started breathing normally.


“The doctor told him that he should have died,” Emily tells PEOPLE. “With his allergy, even one sting could have killed him. They said there was no medical reason why he was still alive.”


Because the shock of the experience caused Emily to start having contractions, she was also admitted to the hospital and doctors were able to stop a premature labor. 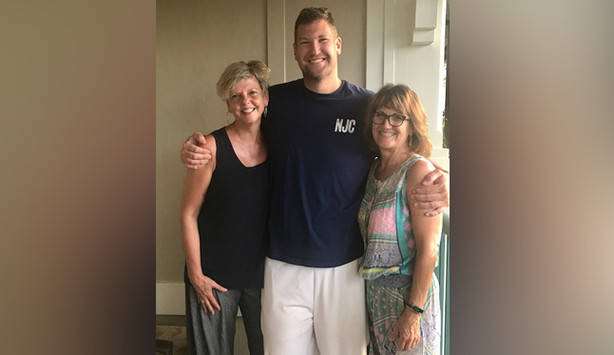 
“Pam stayed with our kids at the hotel and Michelle stayed with us at the hospital,” says Emily, “and Jake and I were soon able to talk about all that had happened over the phone, room to room. We both felt like we were surrounded by angels.”


Now back to work in Utah, Jake, who runs a counseling center for people who are battling mental health disorders and drug addiction, remembers nothing of what happened after he passed out. Now that he knows he’s allergic to wasp venom, he won’t go anywhere from now on without a few doses of epinephrine.


He and his family now feel a tight bond with the two women who came to their rescue on the river that day.


“The heroism of Pam and Michelle is what’s really important here,” Jake tells PEOPLE. “If everything hadn’t happened the way it did, the outcome would have been very bad. I probably wouldn’t be here. I’m very, very grateful.”


Adds Pam: “We already knew the importance of helping others — that is what we do for a living. But there was truly an exceptional and greater force at play here. We feel honored to be at the right time and right place for this amazing and wonderful family.” 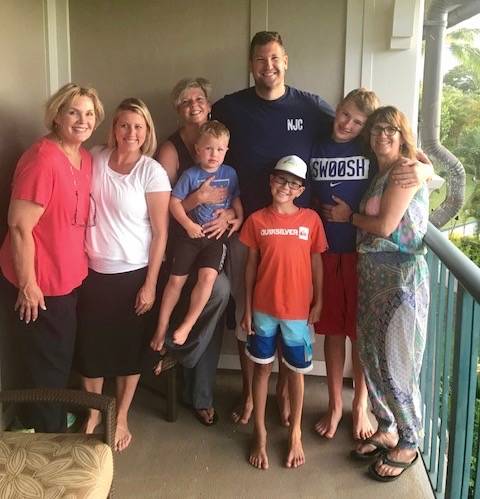